25 Alarming Facts About Debt in America 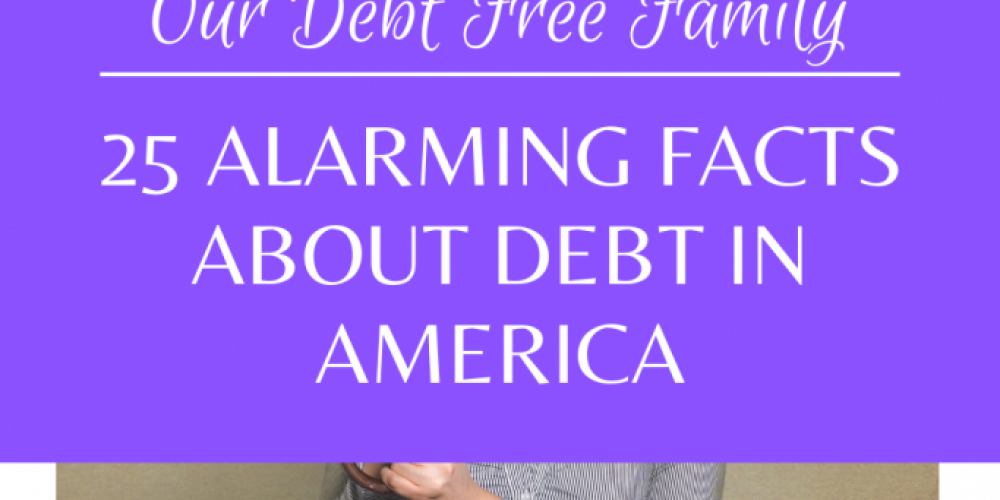 When it comes to debt in America, many people think about the national debt, which sits around $23 trillion. However, even more powerful is the number of individual American people in debt. The United States consumer debt has reached nearly $14 trillion on its own, more than half the national debt.  As if that isn’t mind-blowing enough, here are 25 even more startling facts about debt in America.

1. The average American household has $16K in credit card debt.

Seriously! Read that again: The average American household has $16,091 in credit card debt alone. That isn’t including auto loans, mortgages, or any other kind of debt they may hold. Single people hold around $5,437 in credit card debt, on average.

2. People vastly underestimate how much they owe.

3. The average credit card will take nearly 18 years to pay off.

A family who is carrying the national average of $16,091 in credit card debt at a 12.41% APR may find it takes longer than they’d think to pay their debts off. According to this Bankrate calculator, it may very well take you 18 years to pay that amount off if you’re only making the minimum payments.

4. Medical debt has the biggest mental impact on Americans.

It has been proven debt adds to your stress levels and, in many cases, is directly linked to depression. Depending on the type of debt you have, these feelings can worsen.

According to The Motley Fool, only 64% of people with medical debt express satisfaction with their current lives. Compared to individuals with other types of debt, it seems owing medical bills have the biggest mental impact. 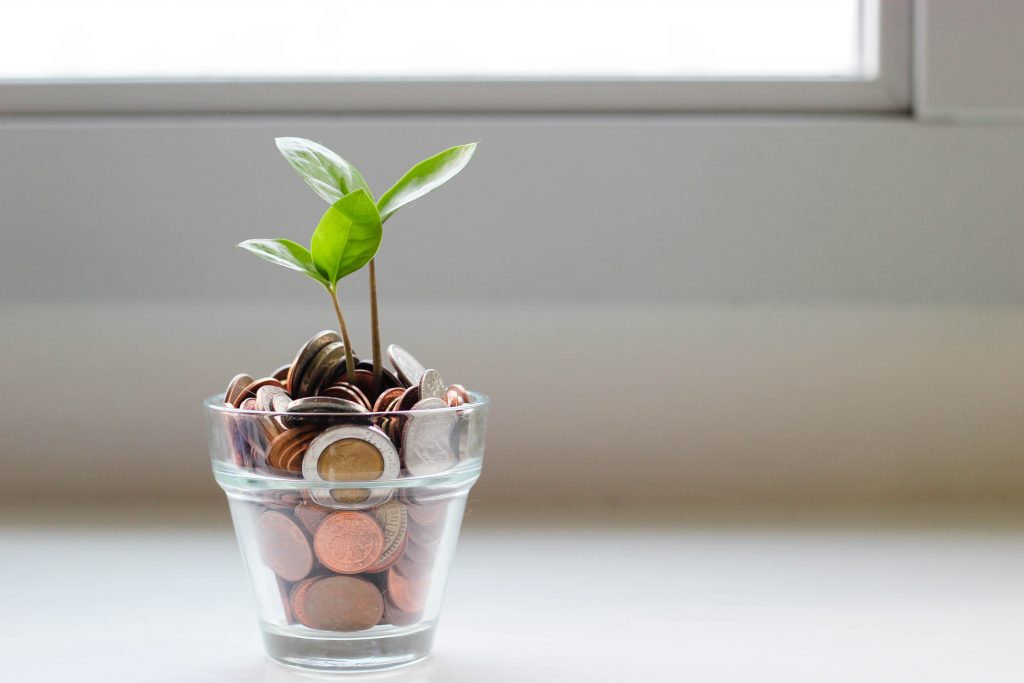 6. Some people have more debt than savings.

Seriously! About 22% of Americans have more credit card debt than savings. As you know, without an emergency fund, you are setting yourself up for financial disaster. Nearly a quarter of Americans are in that boat.

7. There are more payday loan stores than McDonald’s.

Payday loan lenders are predatory lenders who typically charge an insane APR of 400%. They are meant to be short-term loans but most borrowers (80%) wind up rolling the loan over or reborrowing within 30 days, perpetuating a vicious debt cycle.

Ten years ago, students were paying 70% less than they are now for a college education. On average, American college students are paying about $34,000 per year and 5% of borrowers owe more than $100,000 in student loans.

According to CBS News, in January 1791, our total national debt was $75 million. Now, the national debt count increases by more than that each and every hour and by around $3.8 billion per day.

10. Couples wait to talk about debt.

The average American couple waits 10 months to talk about finances and debt. Considering this is typically also after meeting their family, spending your first holiday together, and probably the first “I love you,” that seems like quite a while. Additionally, about 25% of Americans have lied to their partner about having debt (crazy, right?).

11. Car loan delinquencies are on the rise.

In the U.S., auto loan delinquencies have been on the rise for a few years (up 21% from 2012). Altogether, Americans owe about $1 trillion in auto loans alone (an average of about $18,500 per borrower). About 1.4% of these borrowers are 60 days or more behind on their payments.

12. More than 10% of student loan borrowers are behind on payments.

Over one in 10 student loan borrowers are 90 days or more behind on their payments. Individuals most likely to fall behind on student loan payments tend to hold the highest amounts of student debt or come from low-income areas.

13. About 46% of Americans have outstanding credit card debt.

15. When you get your credit card can impact the amount of debt you accrue. 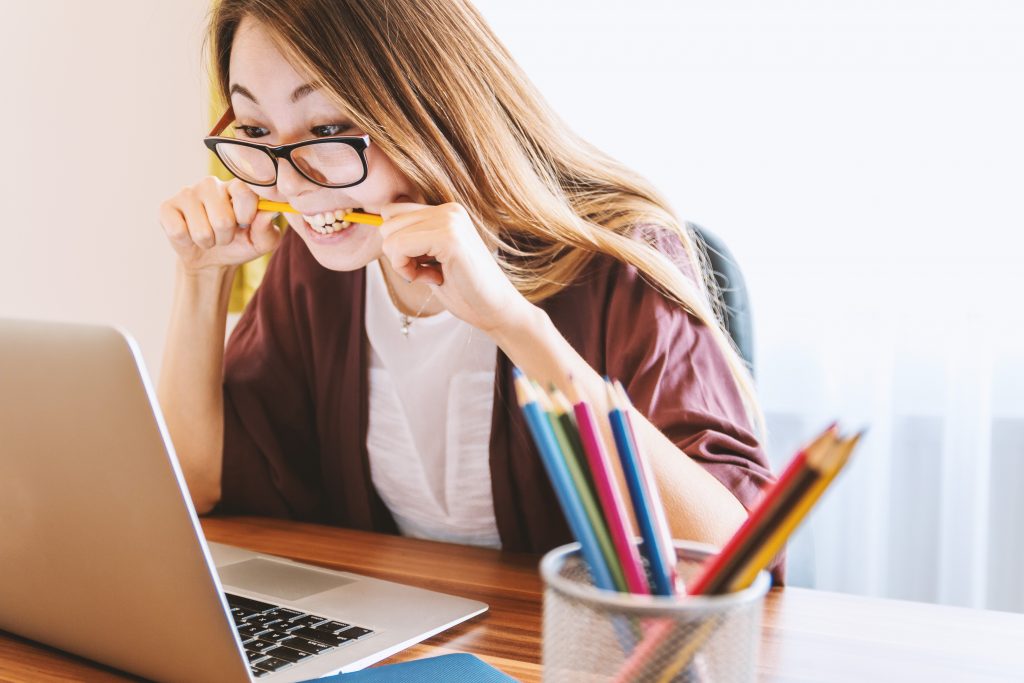 About 20% of college students say they hold a credit card balance of $2,500 or more for education-related expenses. That is on top of whatever they’ve borrowed in terms of student loans. In many cases, students are using credit cards to pay for housing, books, food, and other items.

Overall, American men hold more debt than women. They hold an average of $7,407 in debt, while women hold closer to $5,245. That is about 22% less than their male counterparts. However, women owe more on student loans in total.

18. More than 5 million borrowers in default.

In America, the marriage rate sits around 6.8 per 1,000 people. The divorce rate is more than half that at 3.6 per 1,000. A huge reason for the increased divorce rate in recent years is because of the amount of debt Americans are holding. Couples who fight on a weekly basis about their finances are 30% more likely to divorce.

The average American household pays about $1,300 in credit card interest every year. Lower-income households who hold credit card debt may find themselves putting 3% or more of their annual earnings towards interest fees.

In 2005, bankruptcies hit an all-time high. One in every 55 households were filing for bankruptcy that year (more 2 million bankruptcy cases were filed). The majority of these were filed by consumers and not businesses. Rates are showing signs of resurgence in the months and years to come.

That’s right – eight out of 10 households in the U.S. are in debt. Some of this is “good debt,” such as mortgages. However, 30% of these households also hold credit card debt and 21% hold student loan debt, not to mention auto loans. Total household debt hovers around $67,000.

It has become increasingly common for people to die with debt to their name. Around 21% of Americans say they expect to still be in debt until the day they die. People are more likely to feel like this they older they get.

As mentioned in the opening paragraph, Americans are nearly $14 trillion in consumer debt. This means when you add up how much the American people owe on their cars, credit cards, loans, mortgages, student loans, and other lines of credit it equates to $13.86 trillion. That’s pretty crazy!

Final Thoughts About Debt in America

So, how do we break this debt cycle? The best answer I can provide is education. If more people are better educated earlier in life about personal finance, money management, and debt they will be better equipped to deal with it as adults.

Instead of opening up credit card accounts for emergencies, they should be educated on the importance of an emergency fund. Additionally, many people may save more and put more down on their home than they normally would or even start planning for their retirement earlier once they don’t rely on debt culture to maintain their lives.

The best way to defeat debt in America is to educate people on how to avoid it completely.