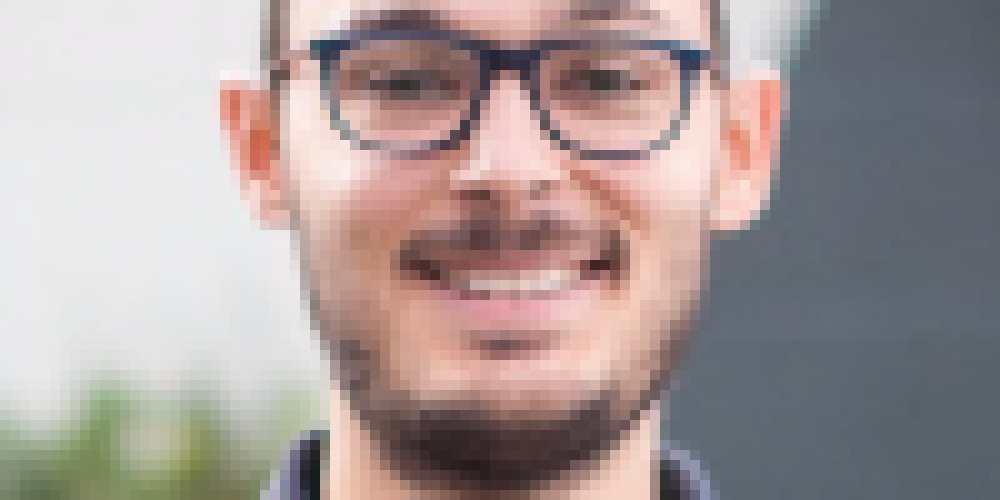 Editorial Note: This content is not provided or commissioned by any financial institution. Any opinions, analyses, reviews or recommendations expressed in this article are those of the author’s alone, and may not have been reviewed, approved or otherwise endorsed by the financial institution.

OUR PROMISE TO YOU: Student Loan Hero is a completely free website 100% focused on helping student loan borrowers get the answers they need. Read more

How do we make money? It’s actually pretty simple. If you choose to check out and become a customer of any of the loan providers featured on our site, we get compensated for sending you their way. This helps pay for our amazing staff of writers (many of which are paying back student loans of their own!).

Bottom line: We’re here for you. So please learn all you can, email us with any questions, and feel free to visit or not visit any of the loan providers on our site. Read less

Maybe you’ve heard about income-share agreements (ISAs) and are interested in looking at whether an ISA school is a good choice for you.

Here’s a rundown of what you should know about ISA schools and nine possibilities from various types of colleges and universities:

What are ISAs and how do they work? A brief history

In the 1970s, Yale University offered a program that allowed graduating classes to collectively repay their tuition after finding employment. Everyone who could afford it would pitch in to foot the bill of the entire group.

But that first iteration of income-share agreements (ISA) failed spectacularly, as middle-income earners ended up repaying more than classmates who didn’t find jobs. So Yale, the first ISA school, eventually ended the program, and in 1999, wiped away all repayment obligations for the participants.

Recently, however, ISA schools have started cropping back up. Now awarded and repaid on an individual basis (rather than by class, as with the Yale program), ISAs are slowly becoming an accepted form of financial aid. Unlike loans, they carry no interest. Students who receive them repay the “borrowed” amount as a percentage of their future salary for a set period.

While this funding option is still pretty rare, the following nine ISA schools could give you a way to forgo or lessen your loan borrowing while you pursue a bachelor’s degree.

Like Yale University before them, many colleges try out an ISA program only to abandon it later. Allan Hancock College in California, for example, piloted a program in 2012 though it no longer appears available.

Therefore, the list of schools offering ISAs and bachelor’s degrees is bound to change, even if it grows. And it will grow further by the fall of 2021: The nonprofit Student Freedom Initiative will launch an income-share agreement for junior and senior STEM majors at nine Historically Black Colleges and Universities.

Through its Back a Boiler – ISA Fund, Indiana’s Purdue University offers ISAs as a supplement — not a replacement — for student loans. Eligibility is limited to non-freshman students who have exhausted their federal loans for the academic year and are considering private loans or asking their parents to borrow a parent PLUS Loan.

To qualify, students must have no significant negative incidents, such as wage garnishment or bankruptcy, listed on their credit report.

This ISA school has signed about 1,600 income-share agreements with students, with funding totaling nearly $18 million. The program caps each student’s repayment, but you could end up paying more than two times what you initially received. You can use the school’s ISA comparison tool to estimate your dues.

Lackawanna College, a private institution in Pennsylvania, reserves its ISA for covering remaining tuition costs after borrowing federal student loans. The program is available to students who have at least a 2.5 grade point average and are pursuing select majors.

Lackawanna alumni who take part in an ISA enjoy a federal loan-like, six-month grace period before they start paying an agreed-upon percentage of their income for the following approximately five years. At the end of those years, the participant no longer owes anything, even if they haven’t repaid as much as they originally received.

In addition, alumni wouldn’t be asked to make ISA payments until they begin earning at least $20,000 a year, though a high-earning graduate could end up paying twice the amount of funding they initially received.

Clarkson University’s ISA program disburses up to $10,000 per student per school year, for up to $40,000 total. Students would repay the school with a percentage of their income, depending on which year(s) in school they received funding:

As a student at Clarkson, a private upstate New York university, you might not have to worry so much about securing a job (and affording your ISA payments). About 97% of graduates find work in their fields after graduation, according to the school.

Messiah University, a private Christian school in central Pennsylvania, started its pilot ISA school program in June 2018 for undergraduates, as well as for graduate students studying occupational or physical therapy.

Messiah students in an ISA would be expected to repay 3% to 3.5% of their income once their earnings surpass $25,000 annually.

The University of Utah’s Invest in U program is limited to undergraduates who are within two years of collecting their diploma. After accounting for gift aid like grants from your state and scholarships, these students could receive between $3,000 and $10,000 to fund the final years of their education.

Students could expect to repay up to twice the amount borrowed. However, they can defer their income payments while they earn less than $20,000 or attend graduate school.

The latest ISA school, Robert Morris University announced in October 2020 that its Colonial Success Fund would deliver income-share agreements worth up to $5,000 per student. As with other programs, repayment would start six months after leaving school and once the borrower has landed at least $25,000 in income.

Colonial Success Fund borrowers would have 10 years to repay their ISAs and won’t have to fork over more than 1.8 times what they initially received.

According to the school, the program was made possible by a $710,000 private donation.

For some entering the computer science field, ISAs can prove useful. Many coding bootcamps and schools aren’t eligible for federal student aid in the first place, so ISAs are a way to fill the void.

That’s the case at Make School, believed to be the first start-up-style school to offer bachelor’s degrees in applied computer science. Here, you could finance your education with an income-share agreement if you still have expenses to cover after resorting to federal and private student loans.

Perhaps more inventive than its ISA, Make School provides Extended Income-Based Repayment that allows students to cap their federal and private loan payments at a percentage of their earnings, ensuring repayment is affordable to avoid delinquency.

Norwich University in Vermont became the only military college of its kind to provide an ISA option to its sophomores, juniors and seniors, rolling out the program in the fall of 2018. The school’s financial aid office confirmed that it’s a last-resort option for funding, typically for students who have financial need and have already sought out gift aid, work-study programs and student loans.

The ISA option is a positive, as the cost to attend the private school for the 2021-22 school year was a whopping $41,624 for tuition alone.

You’d have to be comfortable giving back some of your salary to attend Norwich. By 2019, 48% of the graduating class of 2017 was employed — 38% of whom worked in the military, according to the school.

Fund Sueños, which was piloted for the 2018-19 academic year, awards enough funding to cover CMC’s yearly tuition ($5,550 for in-state students) but may not cover living and other expenses.

Six months after graduation, students would repay the amount they received by remitting 4% of their income for the agreed-upon repayment term. Students aren’t held responsible for repayment if they don’t earn a salary of $30,000 or more.

Attend an ISA school if it makes sense for your future

If you like the idea of attending an ISA school — either as a way of borrowing less in private student loans or avoiding debt altogether — check in with the programs above. Ask about their funding options to ensure they will be available long enough for you to benefit.

Also, keep in mind that ISAs aren’t limited to paying for university degrees. The University of San Diego’s extension program, for example, offers an ISA for students seeking a certificate to become a digital developer, software developer, digital marketer or business analyst.

If this financing option sounds intriguing, but your school doesn’t offer it, keep in mind that you could secure an ISA from a third-party. Northeastern University, for example, doesn’t provide an institutional ISA, but instead recommends four providers for its students. Consider research income-share agreement companies on your own as well to ensure you get the best deal possible.

The information in this article, including tuition costs and ISA terms, was accurate as of Feb. 12, 2021, unless noted otherwise.