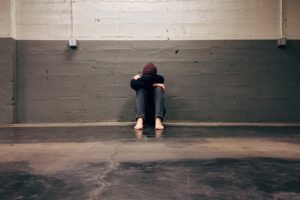 Abuse is a tough topic to discuss. When the conversation happens, you would more than likely hear about verbal or physical abuse. There is another kind called financial abuse. Financial, or economic abuse, occurs when an abuser uses money as a weapon. At first glance, it seems improbable. However, when you understand it, you may realize you’ve seen it before.

What is Financial Abuse?

Credit Karma did a survey that said 10% of those asked were financially bullied in their relationships, meaning that one person in the relationship was using the money to control the other. Examples of this would be demanding the paycheck of their significant other each payday, only providing a specific allowance if they weren’t working, or stealing money. The basis of the abuse is just like any other; it’s one person having power or control over another.

Recently, a friend told me how her spouse has been displaying abusive behavior. She said that if he were angry, he would withhold the debit card used for bills and groceries. At the time, she was out of work and had no other money. Once she started working again, he became jealous that she made more money. Then, he would pick fights out of his insecurity and try to make her feel guilty for working outside of the home. He sought to manipulate and control her using money.

Taking Over the Finances

Another example of financial abuse is creating big goals and budgets without both partners’ input. This situation is different than when one spouse is better at handling investments. In an abusive case, the abuser will dictate spending on any or all categories, from clothing to food to self-care. Often, we assume the man is the abuser. Women can also be a bully in a financial situation. I know some ladies that take budgeting and saving very seriously; they dictate how much they need from their spouses on payday for a savings account without asking about their needs or goals.

If there is only one income, it can be even more extreme. This situation is where an allowance may be typical, or one partner has to ask the other for any money he or she needs. The National Domestic Violence Hotline states that lack of resources is one of the reasons why victims can’t leave abusive relationships. If you were convinced to stop working, have little to no cash savings, and no credit cards in your name alone, then it would be hard to get a hotel room, let alone an apartment. The abuser could easily cancel a card, close an account, and locate you by the charges on the account.

How to Stop Financial Abuse

The first step in fixing the situation is communication and transparency. Here, both partners need to discuss finances, goals, and budgets. Everyone has their say, and you create the budget together. Any goals should be mutual and benefit both partners.

Then you can decide the best account setup that builds trust and flexibility. Perhaps there need to be separate accounts – yours, mine, and ours. One income households may create a different account for spending. Therefore, the money set aside to pay bills will remain untouched.

Whichever situation allows for healthy boundaries between spouses and finances is the best option.

Can Setting a 2019 Budget Save Your Relationship?

What Constitutes a Financial Red Flag in a Relationship?

6 Ways to Prepare Your Credit Card for the Holidays

The holiday season is around the corner again, and that means everyone is scurrying to buy gifts for loved ones, friends, and even colleagues at the office. And as each year goes by, the hype […]

Cell phones are extremely important devices in this day and age. Sometimes it can feel like our entire world revolves around our phones. Work, school, friends, and family are all readily available at the touch […]

Having multiple bank accounts can be a great financial move. It gives you options for controlling or segmenting your spending, saving toward multiple goals and keeping those amounts separate, and keeping both a joint and […]