Here’s How to Retire Well in Alaska 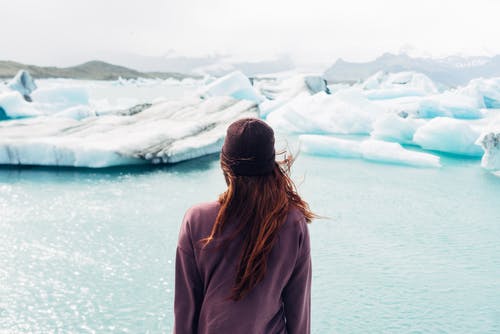 Many consider Alaska to be the last frontier. For some retirees, that alone makes the state an appealing choice for retirement. Not everyone wants to head to the beach when they leave the workforce. Being near the wilderness may feel like a better choice. Plus, Alaska has a lot to offer retirees. If you want to figure out how to retire well in Alaska, here’s what you need to know about the most northerly state.

Most people assume that retiring in Alaska doesn’t make financial sense. However, when properly managed, retiring anywhere is possible.

First, it’s important to understand that many of the state’s services are better funded in Alaska than they are in other popular retirement states. That means you’ll have access to more support and better quality of care.

However, housing and food prices can be higher, depending on your area. Like Hawaii, Alaska isn’t near major food distribution centers, so everything is being shipped in, and that cost is passed on to you. Additionally, apartments in larger cities can be costly, just like they can be in any other city. If you head to a smaller town instead, you may do better in that department.

Overall, the cost of living is 28 percent higher in Anchorage than the national average. Housing and grocery costs are largely responsible for that, as well as slightly higher utilities. However, Alaska isn’t the highest when it comes to cost of living. Hawaii, California, New York, Massachusetts, Maryland, and Oregon all rank higher, which is something to consider.

When it comes to taxes, Alaska is a winner. The state doesn’t have an income tax, allowing you to keep more of your retirement money in your pocket.

Additionally, there isn’t a state sales tax, either. However, there are municipalities that have sales tax. That means, depending on where you shop, you could end up dealing with sales tax. But the average sales tax is fairly low, usually below 2 percent. And many cities don’t have one at all, so you might be able to avoid it entirely.

When it comes to property taxes, there is no state-level exemption for seniors. However, some municipalities do have one, including Anchorage. The exact limits and requirements vary, so you’ll need to explore each area to see if you qualify and to learn more about the size of the exemption.

Overall, many of these tax breaks can help offset the higher cost of living in Alaska. It is perfectly plausible that retiring elsewhere could cost you more. However, you’ll want to examine each factor carefully. That way, you can make a reasonable decision about your retirement.

Generally speaking, the Alaska economy is fairly strong. This is especially true during the summer when tourism bolsters the hospitality and service industries.

Many seniors can find summer positions, allowing them to bolster their retirement accounts or reduce their reliance on them. However, this situation is a bit tricky in light of the COVID-19 pandemic. Should conditions return to normal, opportunities will likely be available. Until that time, they are going to be limited, especially with many taking a break from travel due to the coronavirus.

Best Cities for Retirees in Alaska

When it comes to the best cities in Alaska for retirees, there are plenty of choices available. Anchorage can be a solid choice. The state’s largest city has plenty of amenities, including recreation centers and retirement communities, even though retirees make up less than 10 percent of the state’s population. Medical centers are also widely accessible.

If you’d rather explore different options, Wasilla, which is just outside of Anchorage, can be a great option. The city is home to the start of the Iditarod and has a host of outdoor attractions nearby, including Lucile Lake and Jacobsen Lake. Palmer, home of the Alaska State Fair, is also in the Anchorage metro area.

For those who want to head to a different region, Fairbanks should be on the table. It’s the second most popular metro area, offering a variety of outdoor recreation opportunities and city amenities.

If you’d prefer to go for a smaller city, consider Sterling. Retirees make up about 18 percent of the population, and with good reason. Sitka, home of the Alaska Day Festival, as well as Bethel, should also be on the table.

You may be able to live comfortably in Alaska for as little as $36,000 a year, depending on the city you choose. However, if you have access to $50,000 a year or more, retiring well in Alaska is certainly possible.

Do you have any tips that can help someone retire well in Alaska? Share your thoughts in the comments below.