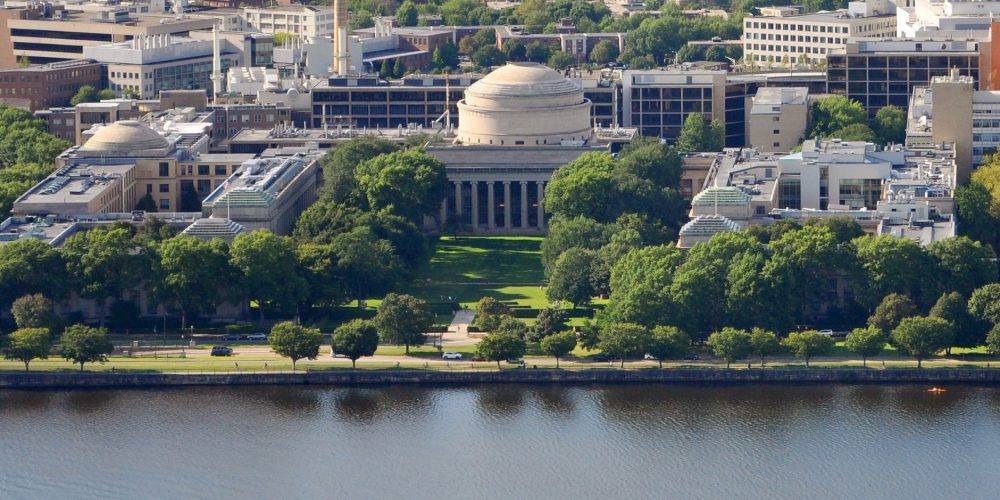 Note that the situation for student loans has changed due to the impact of the coronavirus outbreak and relief efforts from the government, student loan lenders and others. Check out our Student Loan Hero Coronavirus Information Center for additional news and details.

While Jon Barker was thrilled to earn his MBA at the prestigious MIT Sloan School of Management, he wasn’t prepared for the massive amount of student loans that came with it: $130,000 between his graduate and undergraduate studies.

Despite this overwhelming sum, Barker was able to come up with an aggressive repayment strategy that would get him debt-free just five years after finishing school. Here are some strategies Barker used to conquer his six figures of MIT loans in such a relatively short time span:

Spending less to make extra payments on his MIT loans

After years of studying all aspects of building and selling software, Barker moved into a position as a solution specialist with Microsoft. But even after he began pulling in a decent salary, he didn’t increase his spending. Instead, Barker kept expenses low, so he could have more money to throw at his student loans.

“I lived in a tiny, less than 300-square-foot (no exaggeration) multi-family dwelling with mostly local university students while making $78,000 in one of the highest cost-of-living cities in the U.S. [San Francisco] in order to learn the software business,” said Barker.

He also commuted to work to avoid the high rent that comes with living in the city center. And he was careful not to spend much on restaurants, travel or entertainment.

“The only real restaurant allowed was occasional pizza,” Barker said. “No real vacations or travel to speak of either. Instead of various cash-guzzling hobbies, I went to the local library, where entertainment is free.”

Barker said it also helped that his wife was on board with his highly regulated spending habits.

“In my case, one immense benefit was to have a massively supportive and frugal wife who encouraged budgeting and making the hard choices,” said Barker.

Because he kept his spending so low, Barker was able to make extra payments on his debt and pay down his balance faster. Although living on such a strict budget had its challenges, Barker was committed to getting out of debt as soon as possible.

If you’ve got a huge amount of student debt as Barker did, you know that keeping up with interest can be half the battle. To cut his interest payments, Barker refinanced his student loans for lower rates.

“I was on a five-year repayment plan, and I refinanced around a year into repayment, extending the repayment plan by a year to get a better rate,” he said.

Even though he added a year to the life of his loan, Barker saved enough on interest to make the trade-off worth it. His initial loans came with 6.8% interest rates, but he was able to snag a 3.5% by refinancing with SoFi.

Refinancing can be a wise strategy for borrowers looking to pay off their debt quickly since it can get you a lower interest rate on your debt. Plus, you can choose new terms, often between five and 20 years, depending on your goals.

In Barker’s case, he was committed to conquering his debt as soon as possible, so he chose the shortest term available for his loans.

Building an emergency fund as a financial buffer

Because Barker paid as much as he could toward his student loans each month, he sometimes found himself out of money by the end of the month.

“The biggest real setback was going to almost zero balance a few times in the primary checking account,” said Barker.

Not wanting to overdraw on his account, Barker realized the importance of building an emergency fund.

“A good emergency fund is crucial to avoid this, so I built this up over time to have a buffer, reducing the occurrence of the ‘zero balance’ panic situation,” said Barker.

To grow his emergency fund, Barker automated a proportion of his paycheck into savings each month.

“Automating the savings rate at 30% made it possible to ‘not miss the money,’” said Barker.

Although not everyone will be able to stash away a third of their paycheck each month, automating a certain amount will help you grow your savings little by little. You might also look into a high-yield savings account to earn better interest on your money.

This rainy day fund could be substantially helpful in the event you run into an unexpected expense or lose your income.

Staying focused on the goal of a debt-free life

Although Barker kept his eyes squarely on paying off his MIT loans, he admits that the sacrifices he made along the way weren’t easy.

“It was, on occasion, incredibly demoralizing to see that my rent check was literally smaller than my student loan payment every month,” said Barker.

He also said it was tough to stick to his plan, especially when he had the option to refinance again for a longer repayment plan and lower monthly payments.

Ultimately, what kept him on track was the promise of a debt-free life. “The payoff on the horizon of being free of debt … is priceless,” said Barker.

Not only was Barker eager to say goodbye to his monthly student loan bills, but he aimed to build wealth through investing.

“Every penny repaid on student loans is necessarily a penny not plowed into the market for the long-term accumulation of net worth,” said Barker.

Because he wanted to free up cash flow and ultimately grow wealth through investing, Barker stayed committed to his goal of eliminating debt from his life.

Setting a deadline for paying off your student loans

If you’re aiming to pay off debt quickly, there are some tried-and-true strategies to help you get there. The first is to make extra payments toward your loans.

To accomplish this, you’ll need to find ways to make more and spend less. You could transition into a higher-paying job, for instance, or supplement your income with a side hustle.

And to free up more of your budget, you could track your spending and reduce your living expenses, as Barker did by living with roommates and cooking at home.

If you get a windfall, such as a tax refund or bonus at work, consider throwing that at your debt. And if you don’t need federal protections such as access to income-driven repayment, look into refinancing your student loans with a private lender for lower interest rates.

Barker took all these steps, and they helped put him on track to repay $130,000 just five years after graduating. But all these steps required lifestyle sacrifices, and Barker said it helps to have a deadline for your debt.

“Plan on a specific time frame to pay back,” Barker said. “The road to the payoff date is long, but it is longer if you don’t have an end date in mind.”

By seeing the light at the end of the tunnel, you can stay motivated about your debt payoff goals.

Our team at Student Loan Hero works hard to find and recommend products and services that we believe are of high quality. We sometimes earn a sales commission or advertising fee when recommending various products and services to you. Similar to when you are being sold any product or service, be sure to read the fine print to help you understand what you are buying. Be sure to consult with a licensed professional if you have any concerns. Student Loan Hero is not a lender or investment advisor. We are not involved in the loan approval or investment process, nor do we make credit or investment related decisions. The rates and terms listed on our website are estimates and are subject to change at any time.