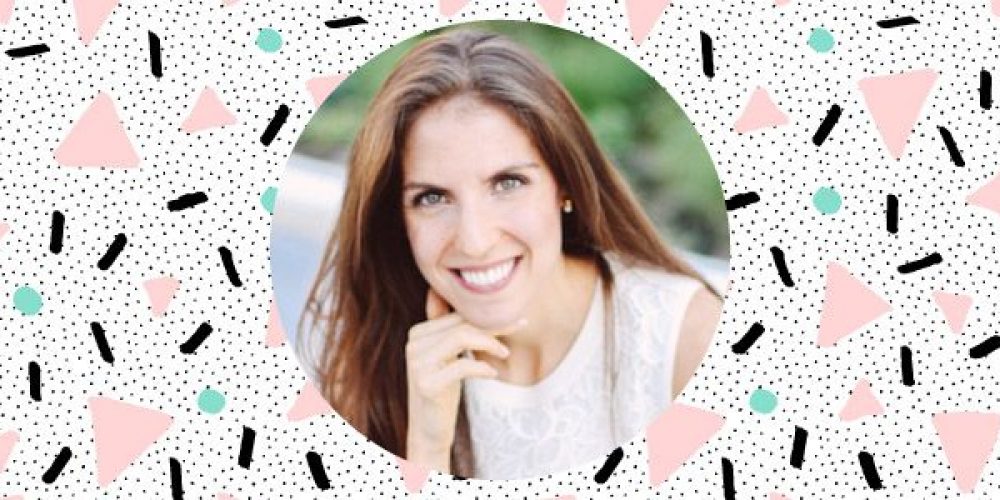 If you owe $100,000 in student loans, you might feel worried you’ll never pay off your debt. Columbia University graduate Melody Wilding has been there, having graduated with a $100,000 loan debt for her degree in social work, a field not exactly known for its high pay.

But Wilding was motivated to get rid of her debt as fast as possible. Even though she had a low starting salary, she was able to pay off her student loans in just five years. Here’s how she accomplished this daunting task.

Starting a career in social work

Social work is a challenging field, as those who work in it are tasked with helping people cope with issues in their lives and serving as advocates for those who need assistance. If you pursue this line of work, you can practice in schools, human services agencies or private practices.

The job can be rewarding, but the pay is relatively low. The median salary for social workers is just $50,470, according to the Bureau of Labor Statistics. That’s lower than the national average salary — $53,490 — for all occupations.

“Social work is historically known as one of the lowest-paying professions, but it’s filled with incredible, well-meaning people who just care deeply,” said Wilding.

To make matters worse, most social work positions require candidates to have a master’s degree. Going to graduate school can add thousands to what you owe and can cause you to have higher debt on a smaller salary than your peers.

That was certainly the case for Wilding. After undergraduate and graduate school, she owed over $100,000 in student loans. Thanks to interest charges, her balance quickly ballooned to $129,000. Her first job as a social worker paid just $24,000 — which made her payments impossible.

With her low salary, Wilding couldn’t afford her monthly payments under the 10-year standard repayment plan.

“At first, I was in a denial phase,” she said. “I signed up for an income-driven repayment plan for two years. My salary was so low I qualified for a $0 payment.”

Many social workers with student loans plan on pursuing Public Service Loan Forgiveness (PSLF) for their federal loans. With this approach, you can sign up for an income-driven repayment plan and make reduced payments.

After 10 years of making qualifying payments, the government will forgive your loans. Wilding considered this option, but she ultimately decided it wasn’t for her.

“Many think they will get PSLF, but it only works for some fields,” Wilding said. “I wanted freedom from my debt. I didn’t want this limiting my life decisions for years.”

With PSLF, your career path can be narrow. Since it requires that you work in a nonprofit or other qualifying organization for 10 years, it can mean limiting your earning potential for a decade.

And although income-driven repayment plans can give you breathing room in your budget, it can be tough to save for other goals — like buying a home or retirement — on a nonprofit salary. Wilding wanted to give herself more options.

“When I used the interest calculators and saw how much interest would accumulate, and how much I’d have to pay, it scared me,” Wilding said. “I became super motivated to pay off the debt as soon as possible.”

Wilding switched her repayment plan back to a 10-year plan. Her payment was over $800 a month, but she was determined to make those payments every month to become debt-free.

To make it work on a small income, she took several different steps.

Moving in with her parents

Wilding worked in New York, but knew she couldn’t afford New York’s sky-high rental rates. The average cost to rent a one-bedroom apartment is $2,940, according to housing search engine Rent Jungle — that was more than Wilding’s whole paycheck.

Instead, she lived with her parents in their New Jersey home and commuted into the city. It took her over two hours each way, but it was worth it because of how much she saved.

According to Wilding, having the option to live with her family was a huge help. Indeed, it’s a luxury that might not be possible for everyone. However, if you can live with family or friends for free or at a reduced cost, it can help you get on your feet.

In addition to cutting down her housing costs, Wilding also focused on boosting her income.

“I had multiple side hustles,” she said. “Social workers have so much opportunity for that. It’s widely acceptable to have per diem work.”

Social workers often take on per diem work, meaning they work for another agency or private practice in addition to their full-time job. Per diem workers supplement the organization’s usual staff, filling in when someone is ill or when they need additional help.

Wilding also leveraged her experience and education in other areas. She teaches social work at the City University of New York and began an executive coaching and supportive counseling business. She also became a professional speaker, using her social work experience to talk about issues like workplace wellness and emotional intelligence.

With all her side hustles, Wilding was able to pay even more than the $800 minimum payment each month.

Wilding juggled her schedule of working full-time and managing several different side hustles to keep up with her payments and pay down her loans faster. Her hard work paid off, too. In just five years, she paid off her $100,000 in student loans in full.

“My career took a winding path, like many social workers now,” said Wilding. “But getting rid of my loans gives me so much more freedom and peace of mind. We mentally and psychologically need our finances to be in a secure space in order for us to feel in control of our lives.”

She encourages others in the field to explore all of their options, whether that includes refinancing student loans for better rates or increasing their income with a high-paying job.

“Social work is such a broad field,” said Wilding. “Look at the path others have taken. There are jobs in traditional social work with direct-service in hospitals or agencies, but I’ve known others who recognized their skills could be used in other areas. They’ve pursued careers in fields like human resources, which can be much more high-paying.”

But the biggest thing she recommends is confronting the truth about your debt and facing the real numbers.

“It’s easy to defer the decisions and avoid looking at the hard stuff,” she said. “As social workers, we help people through difficult decisions, but we often neglect our own needs and self-care.”

If you’re ready to take charge of your debt like Wilding, here’s how you can pay off your student loans even faster.

Rebecca Safier contributed to this article.

Our team at Student Loan Hero works hard to find and recommend products and services that we believe are of high quality. We sometimes earn a sales commission or advertising fee when recommending various products and services to you. Similar to when you are being sold any product or service, be sure to read the fine print to help you understand what you are buying. Be sure to consult with a licensed professional if you have any concerns. Student Loan Hero is not a lender or investment advisor. We are not involved in the loan approval or investment process, nor do we make credit or investment related decisions. The rates and terms listed on our website are estimates and are subject to change at any time.