How To Buy Disney Stock For Under $100 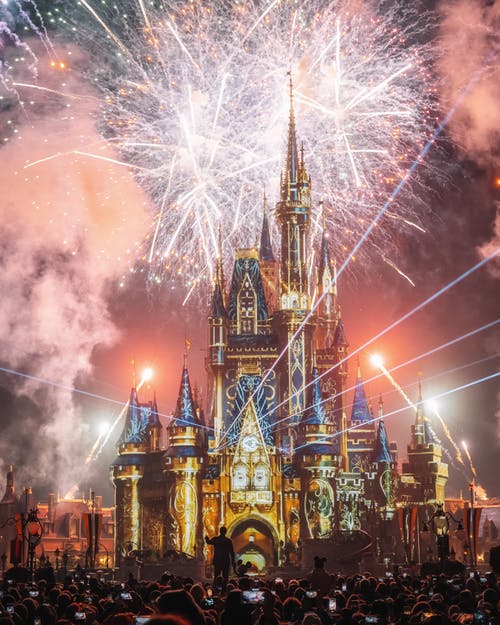 While many companies are still operating under the shadow of the coronavirus pandemic, companies like Disney are making a comeback. Since Disney stock took a tumble during the early phases of the pandemic, many investors thought that jumping in now was a wise move. However, if you only have $100 to invest, snagging Disney stock is challenging. Luckily, it isn’t impossible. If you want to buy Disney  shares for under $100, here’s what you need to know.

The Current State of Disney

Disney owns Marvel, Star Wars, and a slew of its own properties. Plus, the launch of Disney+ gave the company some protection, even as it was forced to shutter its amusement parks for a period.

It’s no secret that closing the parks hurt Disney. A major source of cash essentially evaporated overnight. Plus, the company had to shell out money to secure the properties while they remained vacant, essentially turning some of the “happiest places on Earth” into money pits.

Now, Disney is moving forward with a reopening plan, signaling possible improvements in its financial future. While it may be slow going, especially when factors like social distancing remain in play, fans of the park will likely return. Additionally, loosening restrictions as states reopen could allow movie and television production to move forward, as well as returns to movie theaters, all of which can help secure Disney more revenue.

During the pandemic, Disney’s stock did fall below the $100 mark. However, it did rebound and ultimately crossed the three-figure threshold again. As of May 28, a share in Disney was running near $116, for example. Since the company is continuing to make forward progress, there’s a decent chance that a sub-$100 price won’t happen again unless something significantly changes.

However, that doesn’t mean a person can’t own a piece of Disney for less than $100. Here are some options that may work.

Through an online brokerage like Robinhood or Betterment, you may have the ability to buy fractional shares in Disney. With fractional shares, you can buy less than one full share of an eligible stock.

For example, if Disney’s current stock price is $120, but you could only afford to invest $60, fractional shares would let you get half of a share of Disney stock.

When you purchase fractional shares, you don’t necessarily have purchase halves, thirds, or quarters of a stock. Instead, you buy a fragment of the stock based on the amount of money you can invest. As a result, this approach is incredibly flexible, allowing you to get pieces of companies with higher stock prices immediately instead of having to save up and buy a full share.

If you are open to buying Disney stock directly from the company, you can get started for less than $100. Disney partnered with Computershare to make it possible. And, with a monthly commitment of at least $50 a month, you can purchase a piece of Disney without having to spend $100 all at once.

Now, for this option to work, you do have to make at least four consecutive $50+ investments. Otherwise, the price of entry is $200 upfront. But, it is a way to invest in Disney if you can’t spare $100 in a single month, making it a sound option for new investors who are starting slowly or anyone who doesn’t have a lot of money to spare at a time.

Many ETF index funds have Disney among their holdings. For example, the Motley Fool 100 Index has the Walt Disney Company among its holdings (as of May 28, 2020), and so does the Vanguard S&P 500 ETF. While the latter costs more than $100 a share, the former doesn’t. In fact, you could get around three to four shares of the Motley Fool 100 Index fund for under $100, depending on the price at the time of the investment.

There are hundreds of other funds that carry Disney as part of their holdings. By investing in one of those, you are investing in Disney, albeit in a roundabout way. By focusing on lower-cost funds, you can get a piece of the mouse for less than $100.

Wait for a Price Drop

While it doesn’t seem likely, it’s always possible that Disney stock could fall below $100 again. During the early weeks of the pandemic, when state closures were relatively new, Disney stock did drop under $100, even hitting near the $85 mark at one point.

However, since states are reopening and moving toward recovery, the pandemic probably won’t cause another decrease of that level. That means counting on a price drop likely isn’t the best approach, as there’s a reasonable chance it won’t happen again unless another crisis negatively impacts the company.

Is Now a Good Time to Invest in Disney?

Right now, many analysts consider Disney a “buy.” There’s a decent chance the stocks price will continue to rise, just as it has been over the past couple of weeks. Whether it will fully rebound to pre-COVID levels isn’t clear, but the potential is there.

Just keep in mind that investing always comes with risk. While most analysts believe Disney will recover from the recent downturn, that is never guaranteed. Consider whether you are comfortable with the level of risk before investing and do some research. Then take action accordingly. That way, you are well-informed and doing what seems right to you, which is usually the best approach when deciding whether or not to invest your money into any company.

Do you own Disney stock? Were you able to snag it for under $100? Share your thoughts in the comments below.