As I’ve written in the past, money can come with all sorts of emotional baggage. Debt is something millions of people unintentionally land themselves in. There are countless people who, through no fault of their own, have ended up in serious debt. And before you can say they should have had enough savings, there are some situations you can never prepare for. Rare disorders with new treatments that cost tens of thousands or even millions a year. Natural disasters for which there is no insurance coverage. The market changes and business goes belly up.

Average lives can become indebted as well. Financial literacy isn’t taught in regular education streams. It’s only available to those who go out of their way to seek it out in special high school courses or in college. From that broken system, you end up with people like me. People who learned about money the hard way – by falling into horrible spending patterns. By not knowing how to budget. And what can really throw you into a spiral of anxiety is the shaming. Family, friends, the bank, the government – these can all be sources of debt shaming. 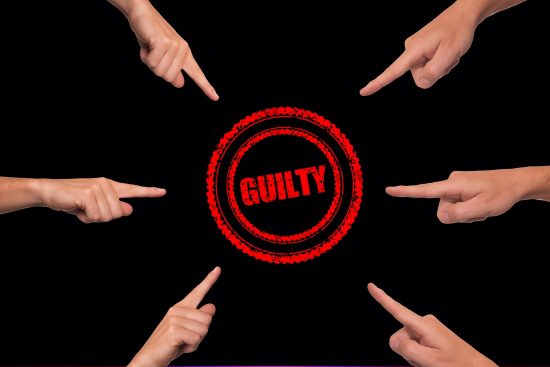 There are marketing campaigns that tell us if we skipped the cup of coffee and invested its cost, we’d be on a dream vacation right now. Famously, an article calling out millennials suggests they could afford to buy houses if they put down the avocado toast. Never mind that families used to be able to prosper on one income. Many of my friends are barely getting by on two incomes, and they don’t go on vacation or have new iPhones. It’s tough out there!

Not every penny of income has to go to paying off debt. Life still needs to be worth living. People love to comment when someone in debt has the audacity to go out to lunch or buy a (desperately needed) new pair of shoes. I’ve learned to give myself some walking around money that I can spend without guilt. I’m still fine-tuning the number (it’s too high at the moment), but it’s mine to spend on whatever I want. That little piece keeps me in control while still allowing me to direct most of my discretionary money to debt. If my parents ask me about a meeting a friend for a coffee or drink while I’m working on getting out of debt, I can proudly say it was in the budget.

How to Respond to Debt Shaming

The first step is for you to do alone. Acknowledge your debt! Sit down, tally everything up, and figure out what the total damage is. Let that sink in. Then, make a plan. You might want to talk to a not-for-profit credit counseling service or try a budgeting app, like YNAB or Mint.com. Once you have a plan, you will begin to feel less anxious, I promise! It was terrifying to confront all of my debts. Once I had them all laid out and had determined what I could do to pay them down, I began to feel better.

My last piece of advice is talk about your debt with someone you trust. A lot of the shaming surrounding debt actually came from me. I went to great lengths to appear like I had money when everything was going on a card. Once I was honest with myself about the totals, I felt brave enough to talk to my best friend about it. I rarely talked about my debt until I began paying it off. When I finally paid off my first credit card, I was so proud of myself and began to share the news. If someone tried to make me feel bad about it, I cared a lot less because I finally felt a little bit in control. My grandparents and some wealthy aunts and uncles really made me feel bad about myself at times, but it got a lot better once I was honest with myself. I was able to let them know things were finally becoming under control.

I’m not suggesting we should encourage debt. On the contrary. My entire goal with blogging at BAD is to eliminate my debt. However, there is a kinder approach we can take with those rebuilding their financial lives, or with ourselves as we are climbing out of debt.

If someone is rude or belittling to you about your debt, especially if you’ve told them it’s something you’re working on, walk away. You don’t owe anyone, not even your family members, time for that kind of conversation. Stress about debt can cause strain on your body that can do serious damage. Get it under control for yourself and don’t give bullies the time of day.

90 inspirational quotes to achieve success in life, love, and your career Cold weather blues got you feeling less than motivated? Let Billie Jean King and Maya Angelou give you the boost you need with […]

Two Years to Be Debt Free if…

by Hope I spent some time today playing with forecasting my debt free date based on the two remaining debts – student loans and car. If I pay right at double the minimums – $307 […]

11 best short-term investments in 2020 While we (and most other personal finance sites) highly recommend investing to grow your wealth, you may not be in a position where you’re able to make long-term investments. […]