We’ve got 3D printers. Teslas. Computers that can beat humans at chess.

And yet in the United States, most of us are still using chip-and-signature credit cards and cash. It’s a new decade — shouldn’t we be paying for groceries with our eyeballs by now? Yes, and we’re almost there.

Mobile wallets, which are already going strong in Europe and parts of Asia, may finally be coming to America.

“Overall, the total number of people using proximity mobile payments in the U.S. this year will grow 9.1% to 64.0 million,” eMarketer reported in October 2019. “That represents nearly 30% of all U.S. smartphone users.”

But what, exactly, are mobile wallets? Are they different than digital wallets? And are they safe?

Keep reading for the answers to those questions, plus our picks for the best credit cards to use with mobile wallets.

What Is a Digital Wallet vs. a Mobile Wallet?

Digital wallet is a broad term for software that allows you to store your credit card numbers, debit card numbers, and loyalty card numbers in the cloud, then access them from a device like your laptop, tablet, or phone.

Digital wallets can help you pay when you’re shopping online (think: PayPal), transfer money between friends (think: Venmo), or pay with your phone at the gas station (think: Apple Pay).

A mobile wallet is a type of digital wallet that’s accessible through an app on a mobile device (usually a phone or wearable).

You can use a mobile wallet to “tap to pay” when you’re checking out of a store — a convenient alternative to paying with cash or carrying around a bevy of physical cards. You can also add items like boarding passes and concert tickets to mobile wallets.

How Do You Get a Mobile Wallet?

Chances are, you already have one.

When it comes to the most popular mobile wallets, industry insiders refer to them as “The Pays”: Apple Pay (for iPhone); Google Pay, previously known as Google Wallet (for Android); and Samsung Pay (for, yep, Samsung).

You won’t find many differences between each of the Pays; which one you use will depend on which type of phone you have. Other players include Fitbit Pay and Garmin, which are compatible with their smartwatches.

As for banks, well, they didn’t do so great in the mobile payments game. Wells Fargo Wallet, Citi Pay Masterpass, and the in-store version of Chase Pay have all been discontinued in recent years.

“[T]he days of bank-branded wallets are coming to an end,” Jordan McKee, an industry analyst, told Digital Transactions in August 2019. “Operating-system based wallets like Apple Pay and Google Pay have an inherent advantage from a user experience and customer on-boarding standpoint.”

You could also choose to download a payment app from a third party. But unless it’s offering some really noteworthy features or rewards (and is really secure!), it seems wiser to stick with the big names for now.

How to Use a Mobile Wallet

Using a mobile wallet is super simple. After downloading your chosen app, all you’ll need to do is add your credit and loyalty card information, either by scanning the numbers or typing them in.

Then, when you’re shopping in person, you can look for the contactless payment symbol (basically a sideways WiFi signal), which means the point-of-sale (POS) terminal is equipped with near-field communication (NFC) technology and can accept mobile wallets.

The process for completing the transaction will depend on which app you’re using:

How to use Apple Pay. Image credit: Apple

Easy peasy, right? You can also use your mobile wallet to get cash from ATMs, as many now offer cardless withdrawal options. In some cases, you must have a bank account at the affiliated ATM for it to work: Chase ATMs, for example, are rumored to only allow Chase customers to perform cardless transactions. Bank of America ATMs, on the other hand, accept all debit cards for contactless withdrawals.

Where You Can Pay With Mobile Wallets

Welcome to the future, right? …Not quite yet.

In the U.S., only about half of restaurants and retailers accepted mobile payments as of October 2018, reported PYMNTS.com.

You’ll mostly find contactless POS terminals at major retailers; according to a Forbes contributor, Visa says that 80 of its top 100 U.S. merchants offer customers the ability to pay with a mobile wallet.

Yet only 60% of Visa transactions occur at a contactless-enabled location, and fewer than 2% of American brick-and-mortar retail sales were made with contactless technology in 2019.

So, while we’ve got a ways to go until mobile wallets are accepted everywhere, you should be able to use them at most major chains. As an example, here are some of the retailers that accept Google Pay. 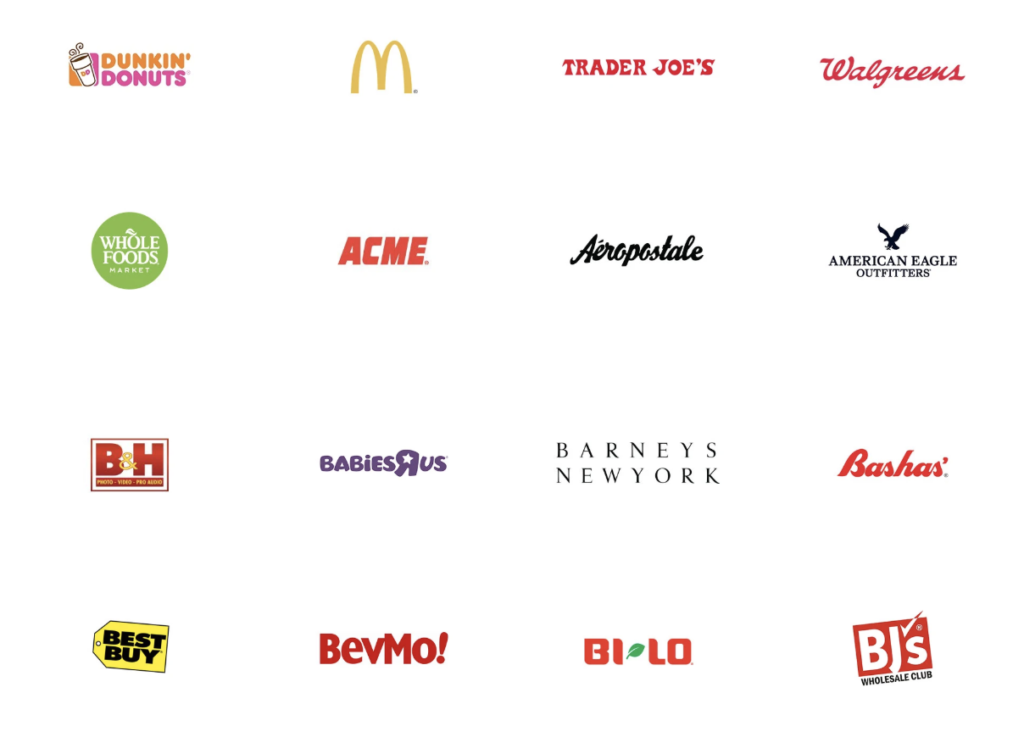 When your payment information is sent over NFC waves, it’s encrypted in the form of a “token.” As Visa explains, this “allows payments to be processed without exposing actual account details that could potentially be compromised.”

In other words, if your token is stolen, the credit card company will simply issue another one. Your real credit card number will remain safe.

With mobile wallets, you’ll need a passcode, fingerprint, or face scan before you’re able to complete a payment. That makes them more secure than credit cards or cash, which anyone can use once they’ve stolen them.

If your phone is lost or stolen, Apple, Google, and Samsung all allow you to wipe your data remotely. (Even though, as noted above, your card number is not stored on your device.)

Can You Earn Rewards With Mobile Wallets?

Some mobile wallets offer extra rewards for their users, such as: 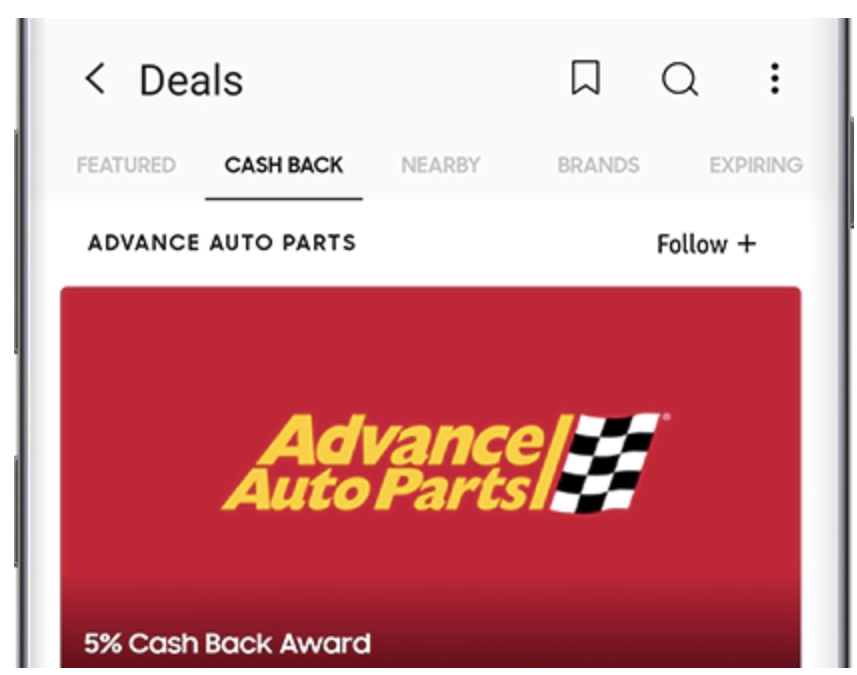 The Best Credit Cards to Use With Mobile Wallets

When you use a mobile wallet, your credit card issuer will try to code your payments based on the merchant.

So if you use your mobile wallet to pay for dinner with your Chase Sapphire Preferred® Card (Review), for example, you’ll usually earn 2X points per dollar —just as if you’d paid at the restaurant with your physical card.

We say “usually” because there may be occasions when your purchase is coded incorrectly. In its terms and conditions, Amex warns of this, saying: “A purchase may not receive a higher percentage reward if the merchant submits the purchase using a mobile or wireless card reader or if you use a mobile or digital wallet.” But as mobile wallets become more popular, we suspect this will become a non-issue.

Some cards even offer additional bonuses for paying with a digital wallet. Here are four you should know about:

Should You Try Mobile Wallets?

Given that we live our lives online, it only makes sense that we’d pay for things virtually, too.

While mobile wallets aren’t yet super common in the U.S., I’m guessing they’ll blow up over the next few years.

Personally, I’m sold on the idea: one less thing to carry, and one more way to protect my credit card information? Count me in!

For rates and fees of the Blue Cash Preferred® Card from American Express, please click here.

When I graduated from college with about $40,000 in debt, I decided I would get a job making $40,000 per year, live with my parents in their apartment in Cincinnati, and pay off my loans […]

The Free Application for Federal Student Aid (FAFSA) is your key to grants, scholarships, work-study and student loans. It collects your parents’ tax returns and other financial information to determine how much your family can […]

How to Block Student Loan Robocalls and Texts

My colleague recently received an automated, pre-recorded voicemail from a woman identifying herself as “Sarah from the student loan department.” The woman mentioned a new federal program that would wipe out 20% to 100% of […]